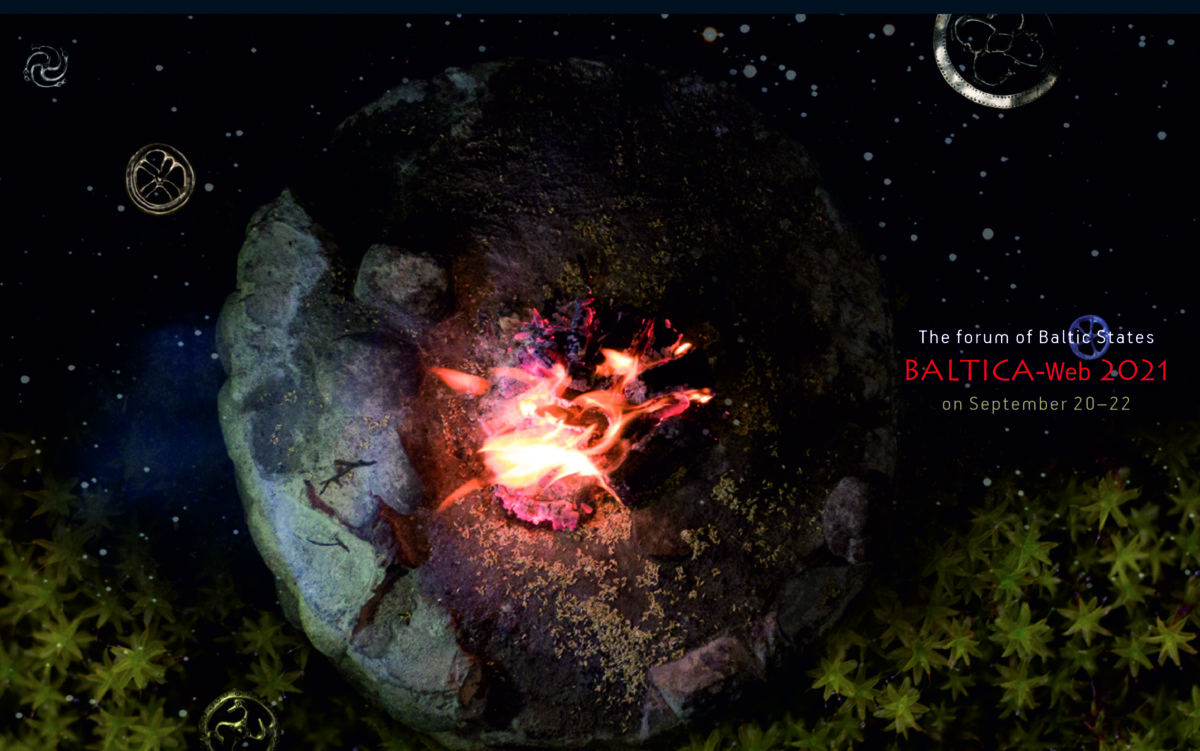 To take part in the ritual means to be right here and right now, yesterday and tomorrow, everywhere and always

The Forum of the Baltic States “Baltica-Web 2021”

Due to the pandemic, the international folklore festival “Baltica” could not be held as usual – as a live event, therefore, the organizers had chosen a different implementation form for it.

On 20–22 September, in celebration of the Equinox Day and the Baltic Unity Day, there was held an online forum “Baltica-Web 2021”, dedicated to a deeper dive into the traditional cultural phenomena, the historical and the cultural interrelations of the three Baltic countries – Lithuania, Latvia and Estonia, which are the organizers of the festival “Baltica”. The forum program was of two parts – theoretical and artistic, which included lectures, illustrated presentations, discussions, concerts and other interactive activities.

The events were broadcast online from the special studios in all three countries.

Every country prepared their programme not only following the proposed topics, but also in their mother language in order to show and emphasize the uniqueness and national identity of the Baltic languages, therefore, presentations, lectures and discussions were simultaneously translated into all three languages. The theme of the forum remained the same as it had been assigned to the 2020 festival “Baltica” – the ritual. It unfolded both in the theoretical and in the artistic parts of the programme: by discussing and demonstrating musical (vocal and instrumental) and choreographic folklore, as well as customs, gastronomic and other kinds of heritage, by highlighting archaic and ceremonial forms, by sharing the good safeguarding practices concerning the old traditions. The presentations and the lectures were given and the discussions were moderated by prominent Lithuanian, Latvian and Estonian folklore, mythology, archaeology, language, folk art and gastronomy researchers, and the good practices and experiences were shared by the folklore groups’ leaders, performers, teachers and other practitioners.